What is a Hashtag? A hashtag, put simply, is a label or category that allows others to find something within a specific theme or content and are primarily used on Twitter and Instagram. Once you have copied a URL or used the share button on a post, hashtags can be used to direct your post […]

Dog books are great favorites with readers. In two book contests, dog books have taken first place. Our book, Triumph Over Terror, has taken second place. For this third contest, Christian Indie Awards, we would love to see our book take first place. With your help we can. Thanks.

Will dog stories win first place in this contest? 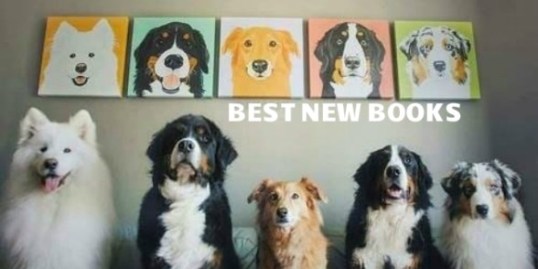 Our book, Triumph Over Terror, has been in two book contests (Best Books, 2017 and Readers’ Choice, 2017), and we have placed 2nd in each one (in nonfiction category) after books about dogs.

I love dogs. Our family always had dogs as we were growing up, and I had one when I was a young adult. They are great companions who cheer up people on their worst days and add further joy on good days. Dogs give unconditional love. Dogs are heroes in their own right.

Now we are in our third contest, The Christian Indie Awards (Christian Small Publishers Association), and sure enough, there is a dog book in our Nonfiction-Biography category!

Please help us honor our American heroes by…

Here is a post honoring an outstanding veteran. The article is coauthored with Bob Ossler and myself.

What an honor to be pictured with 91-year-old retired Navy Captain John Arens at the Southwest Florida Military Museum and Library in Cape Coral, Florida.

Every Tuesday, the SWF Military Museum offers lunch for veterans and family members. Up to 200 attendees enjoy the lunch and camaraderie each week.

Captain Arens, a Toledo, Ohio native, born in 1926,  has an impressive military career.

He first served in the Merchant Marines near the end of WWII. As a teenager he joined this non-military organization which protects transportation of commercial goods and passengers during peacetime. However, in times of war, Merchant Marines can provide assistance to the US Navy.

While in the Merchant Marines, he was drafted into the US Army and served as an Airborne Ranger in the Korean War with the Army Rangers 187th Airborne.

In the 1960s, he trained for and became a Navy SCUBA diver and worked for a number of years in the Arctic. After that, he skippered a Navy…

Istanbul in the Rain… but still a nice day.  Cee’s Fun Foto Challenge: Rain or Rainbow